Chronic wasting disease (CWD) and other TSE diseases in cervids

In 2016, the first cases of CWD in Europe were discovered in Norway. Due to the finding in Norway, intensified monitoring for TSE in cervids was undertaken also in six EU countries including Finland.

In addition to the findings of CWD in wild reindeer in Norway, cervid TSE has been found in a few moose (Alces alces) in Norway, Sweden and Finland and in one red deer (Cervus elaphus) in Norway. Types of the prions causing TSE in cervids vary. While it is clear that the disease identified in wild reindeer in Norway is contagious, type of the prions found in moose and red deer seem sporadic. Prion research is still ongoing.

The disease is not known to be contagious to humans and it has therefore not been considered an actual risk to humans.

The occurrence of TSEs in wild cervids and reindeer has been monitored in Finland since 2003. As a consequence of the findings of CWD in Norway, an intensified monitoring programme for CWD was carried out also in Finland and five other EU countries in 2018-2020. In Finland, altogether ca. 5800 wild cervids and semi-domesticated reindeer have been tested. Surveillance of diseased and self-dead over 1yr cervids continues.

The first case of TSE in cervids in Finland was found in February 2018. The disease was found in a moose (Alces alces) that had died naturally in Kuhmo. According to the typification carried out by the EU reference laboratory the disease is similar to the TSE found in the moose in Norway and Sweden. Two other TSE-cases have been found in mooses put down because of sickness in Laukaa 2020 and Kyyjärvi 2022. All three TSE positive moose in Finland have been old cows. TSEs found in Nordic mooses are presumed to be endogenous, non-infectious brain diseases. 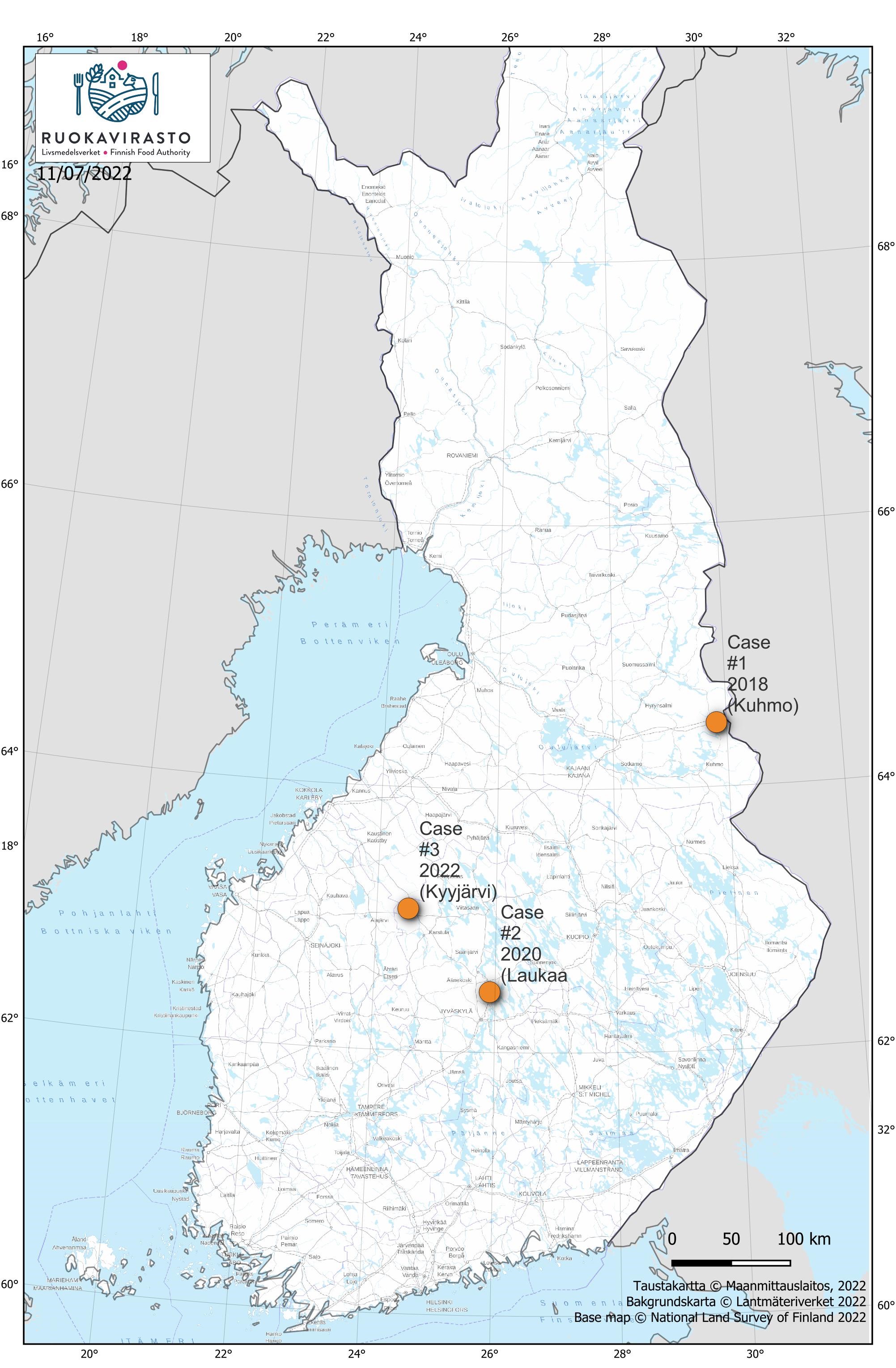